Police Constable Recruitment 2021 : The Gujarat Police 2021 notification and all its application proceedings are expected within the end of the year 2021. The application fee is expected to be INR 100 for General and OBC Candidates and it has been waived off completely for all other categorical candidates. The vacancies in 2021 are expected to be from 10,988 and towards the filling of Constable Posts. 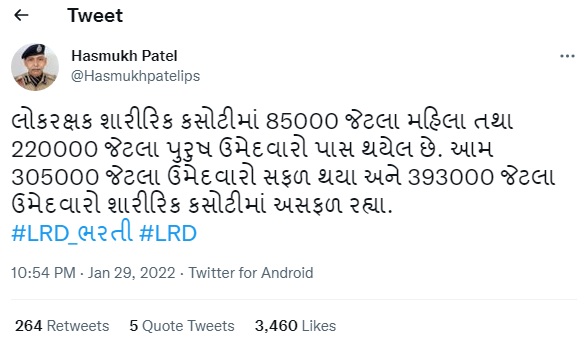 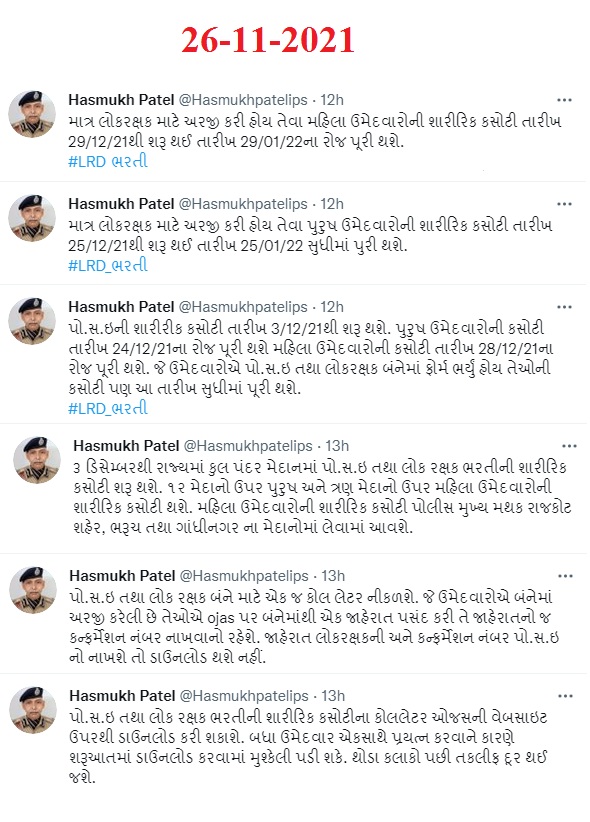 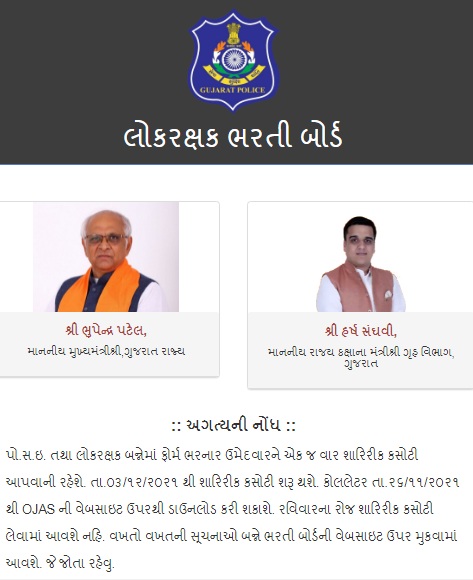 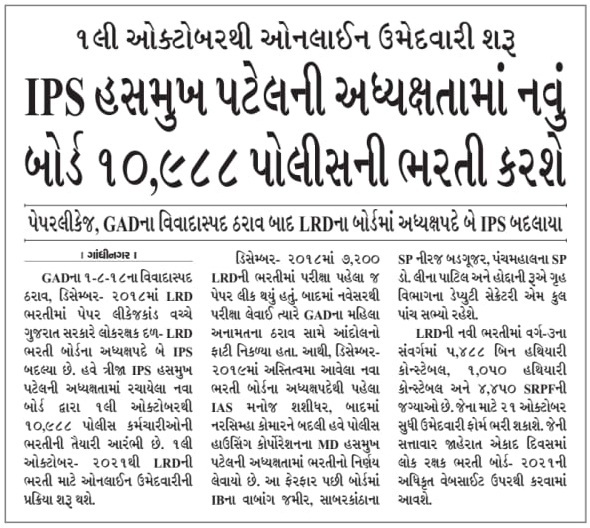 Under IPS HAsmukh Patel Committee the 10,988 Police Constable Bharti 2021 Released. The Application Filled form Start Date 1-10-2021.
Police Un-Armed : 5488
Police Armed : 1050
SRPF : 4450
In December 2016, 7200 LRD recruitment papers were leaked before the exam. Later, when the re-examination was held, agitation broke out against the GAD women's reservation resolution. Therefore, it has been decided to replace IAS Manoj Shashidhar, who later became the chairman of the new recruitment board, which came into existence in December 2019, and later Narasimha Komar, who is now headed by Hasmukh Patel, MD of the Police Housing Corporation. After this change, IB's Wabang Jamir, Sabarkantha's SP Neeraj Badgujar, Panchmahal's SP Dr. There will be a total of five members, including Leena Patil and ex-officio Deputy Secretary, Home Department.